This news article should awaken you to the horrors of the damnation of Sharia law. A Muslim woman converted to Christianity and has been convicted and sentenced to death. She was allowed to give birth to her baby who will have no mother after two years of breast-feeding. This is the law Muslims want to govern all of mankind with.

Whether you are Christian or not, is this the type of law you want governing you? If not, then please join with others to stop this infiltration of our societies and cultures by those promoting the adoption of Sharia law. Don’t idly stand by and watch or before long, you’ll be ‘watching’ your freedom taken right out from under you. This is not a Christian-only threat — this is a threat to all of mankind.

The baby girl born to a woman sentenced to hang in Sudan for marrying a Christian American citizen met her father for the first time — a moment that was captured in a bittersweet photo.

Daniel Wani, an American citizen who lives in New Hampshire, held his daughter, Maya, in his arms as she rested peacefully days after being born at a Sudanese prison.

The moment of joy was tempered by sorrow as Meriam Yehya Ibrahim Ishag, the Sudanese woman facing flogging and a death sentence for marrying Wani, gave birth to baby Maya earlier this week. 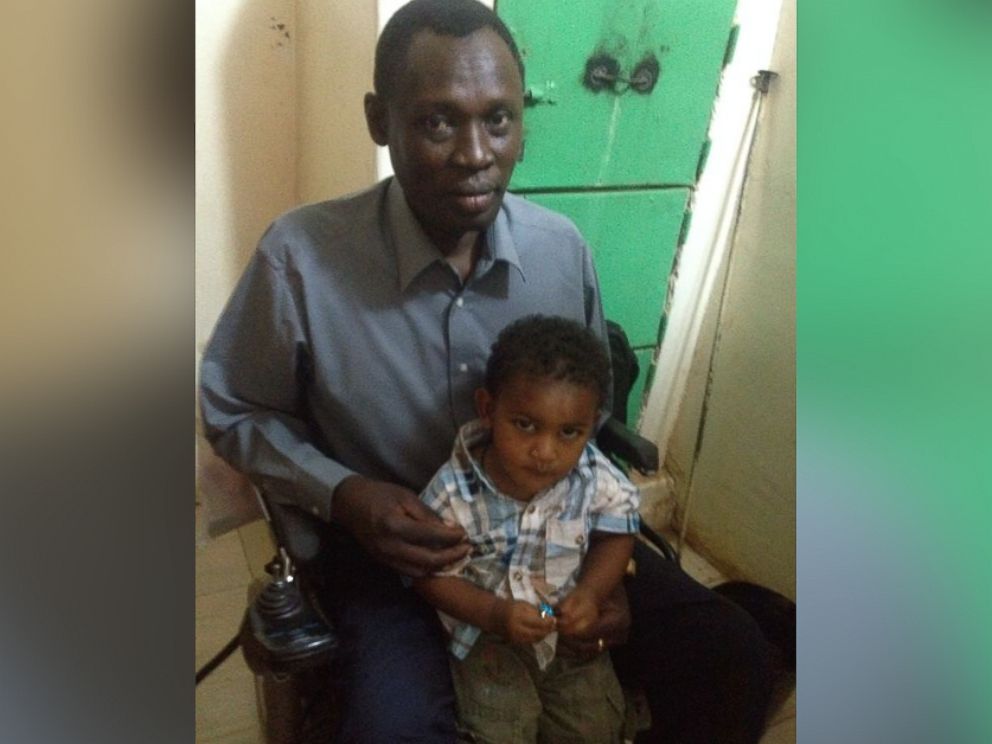 Justice Center Sudan
PHOTO: Daniel Wani, with son Martin, after a visit to see his wife, Meriam Ibrahim, in Sudan, May 29, 2014.

Sudan’s Islamic court considered Ishag a Muslim and did not recognize her marriage to Wani, a Christian. That constituted a crime of adultery and she was sentenced to receive 100 lashes.

The court also found her guilty of apostasy by converting to Christianity and sentenced her to be hanged.

The flogging and the death penalty were to be delayed until after she gave birth.

The couple also has a 2-year-old son named Martin and reports state that the boy had been living with his mother in the prison.

Ishag is considered Muslim by Sudan’s courts because her father was Muslim, though she raised by her Christian mother.

Wani and his brother, Gabriel Wani, grew up in Sudan but moved to New Hampshire. He returned to Sudan last week after his wife was condemned to be hanged.

Sharia law is nothing to laugh about or ignore. There is a large and highly committed group of individuals and Islamic organizations dedicated to establishing Sharia across the entire globe. This threat is to Christians and non-Christians alike. If you like freedom, you must take a stand now in order to withstand this threat.

Facebook
Twitter
Google+
« Everything is Not as it Seems
Whatever You Do, Do it with All Your Heart Unto the Lord »